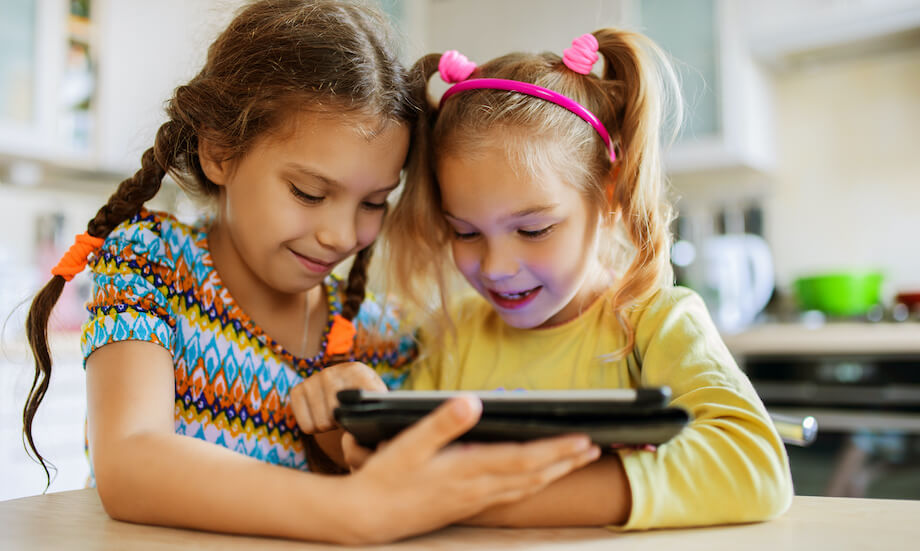 Kids of all ages love YouTube. YouTube has become a stronghold in kids' lives, whether it be for free school help, entertainment, or tutorial videos, but YouTube safety for kids is a complicated issue. The freedom for kids to video-surf on YouTube comes with stellar benefits, and likewise, some risk of harm. So, what kind of relationship would you like your child to have with the online video platform?

How often is your child using YouTube? YouTube for kids is primo entertainment and affords them tremendous freedom in their video-viewing. Whereas entertainment media on streaming services like Hulu or Netflix is created by huge production companies, you or I could upload a video to YouTube within the hour. Consequently, YouTube gives us a glimpse at utterly amazing new worlds of people and ideas, but other times, content is less idyllic. So, should your kids be browsing YouTube? Well, there’s a lot to consider, and some best practices for making YouTube safe for children.

Pro #1: A Diverse Range of People and Ideas

Although cliche, the internet has made it leaps and bounds easier to hear great ideas you otherwise never would’ve. How many times have you heard a useful “life hack” or piece of advice from a random video on Facebook? On YouTube, kids are constantly coming across useful insights and anecdotes from their peers and experts on how to use their laptop, Zoom, or even just their phones. If you’ve ever wondered where the wealth of random knowledge your child has comes from, there’s a good shot that content creators on YouTube have something to do with it.

Pro #2: Exploring Their Sense of Identity

At some point in our childhood, we become cognizant of our identity. At first, this means trouble. How off-putting is the sudden realization you’re being perceived, and that you have autonomy in your identity? We’ve all seen the cheesy coming of age films, preteens exploring different personas– the jock, the nerd, the artist, only to realize they’re just themselves, some unique combination of school character archetypes. Well, YouTube allows kids to explore their interests on a whim, deeply, easily, and with great entertainment. From week to week, kids can go from routinely watching videos about plant-based diets to learning a new language.

Pro #3: As An Academic Resource

Student’s regularly consult YouTube for academic support. In light of the shift to online learning, TipTop Brain has also started a growing YouTube Channel of subject-specific concept review videos. At any time, day or night, students can search YouTube for an algebra tutorial or American history unit explanation. Generally, these videos exist for any and every class, although some are better than others. Famously, KhanAcademy has thousands of detailed lessons on hundreds of topics covered in elementary through high school. Best yet, these videos are free, and students can rewind or re-watch whenever they need while working alongside their own problems or textbook. Channels like CrashCourse have well-developed playlists covering U.S. History in 49 10–15-minute videos. Of course, resources like CrashCourse or KhanAcademy are no substitute for teachers and tutors, but another powerful tool in your child’s scholastic toolbox.

Unfortunately, YouTube content can also be inappropriate for young users. YouTube has policies to remove videos that can cause harm under their own criteria; however, two natural problems arise. First, YouTube’s definition of harmful content may be different from your own, so check out their definitions here. Secondly, even if YouTube deems content harmful and removes it, for some length of time, hours, weeks, or months, the video is available for viewing.

Misinformation violates YouTube’s content policies, but misinformation has become a much more complicated and charged term as of late. Consequently, there’s quite a lot of YouTube content that isn’t necessarily misinformation, but is wildly misinformed or at best merely misleading. For instance, conspiracy theories can be easily uploaded under the guise that it isn’t targeted misinformation, so much as it’s merely open-minded discussion. Although adults may be able to watch an informational docuseries about a dangerous conspiracy theory on YouTube and discern the delusional and dangerous ideas being analyzed from truth, children may have a much harder time. Misinformation has become an increasingly rampant issue on the internet, and most kids haven’t yet developed the critical thinking skills needed to protect themselves.

Perhaps most insidious of all are merely bad role models on YouTube. As of late, many YouTubers popular amongst kids, including those making content for kids, have been getting ousted in scandals. Unfortunately, these YouTube scandals are becoming increasingly common due to the vanity and allure of becoming rich making YouTube videos. Although these scandals don’t always necessarily affect the wholesomeness of the content, from time to time, they can.

A tremendous number of kids aspire to become famous YouTubers. Worse yet, many of these kids plan to commit their efforts to YouTube fame as opposed to continuing their education beyond high school. The low barrier to entry, merely making videos and starting a channel, and the perceived fun of being one of YouTube’s elite makes for a tempting “back-up plan.” Despite the very real success stories of content creators managing channels as a career, the work required to become wealthy off YouTube is much more complicated than often stated. Many famous YouTube channels, especially those with massive followings, are complicated and large creator-owned production operations. All that said, even the hardest working YouTuber may never reach stardom, let alone rely on YouTube as a career.

All in all, YouTube is like any new entertainment media platform. Years ago, there was as much concern over the child friendliness of Television programming, and before that, the radio. Nonetheless, as these platforms go mainstream and adapt, child safety becomes a larger priority. Parental controls were added to Televisions, Maturity ratings added to CD’s and video games, and now YouTubeKids is a YouTube-owned app that silos YouTube-certified child-friendly content. Moreover, resources are plenty available for parents with concerns about YouTube’s concern for the safety of child users. In either case, YouTube seems to be only growing in popularity, so learning how to live comfortably with the site’s prevalence may be of value. As always, the best place to start may be asking your child what they think about YouTube. I’d bet they’ll have a lot to talk about!